Friday, October 2, Arkhangelsk hosted Art Barrierless roundtable. In their welcome speeches, the organizers underlined that the topic has never been given focus before and that it was high time Arkhangelsk’s cultural venues got together to find out if they were on the same page about becoming blind friendly. Audio described performances and films have never been the issue earlier. The roundtable brings together the expert community, exhibit organizers, and audio describers from Moscow, Novosibirsk, Omsk and Arkhangelsk, and is held at NArFU Scientific Library as part of Arctic Open’s training program. 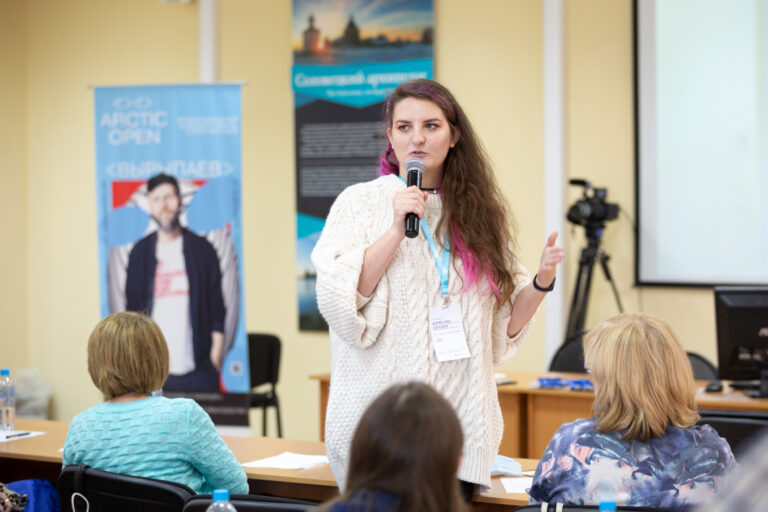 “We are looking to make our content interesting for blind visitors. Ten years ago cultural institutions treated us with caution because they did not know how visually impaired guests should be approached,” says Yevgenia Borisova.

The first venue to have arranged a tour for a group of visually impaired people was Arkhangelsk Puppet Theater. The group was free to play with puppets and acted on stage in Kolobok performance.

Other venues to become blind-friendly include Arkhangelsk Drama Theater, Malye Korely Museum, the Mansion on the Embankment, the Museum of Arts, and the Pomor Philharmonic Hall. The library has a layout of the Philharmonic Hall for visually impaired guests to know in advance where they can get the tickets and to move around more freely.

Novosibirsk-based Art Center KRASNY told about its exhibition called Feeling for Painting, which it is going to bring to Arkhangelsk next year. 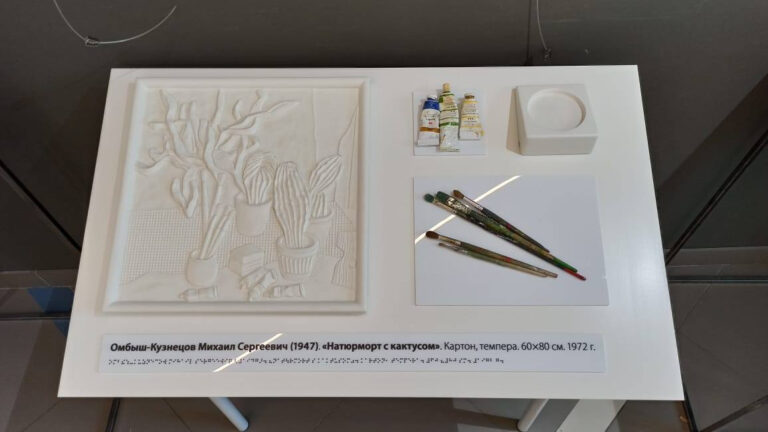 KRASNY and its exhibits are equipped sufficiently to make people with visual impairments comfortable. There are directions to guide them to the paintings. To help blind visitors’ experience the works of art, there are audio descriptions, literary pieces and even odours. Audio descriptions are made of every painting and there are guides to tell more about artists and their works. Paintings have special copies to be touched and are accompanied also by poems to convey their message and the odours, which have been created by professional perfumers, to enhance experience and render images that blind people cannot see.

Audio described performances will soon be available also at Arkhangelsk Drama Theatre. The first of them is scheduled for October 16 and is called Thunderstorm, a play by Ostrovsky. Its audio description is being prepared by Yevgenia Borisova. Visually impaired people will be able to use headphones to hear audio describers comment, during pauses, on what happens on stage. 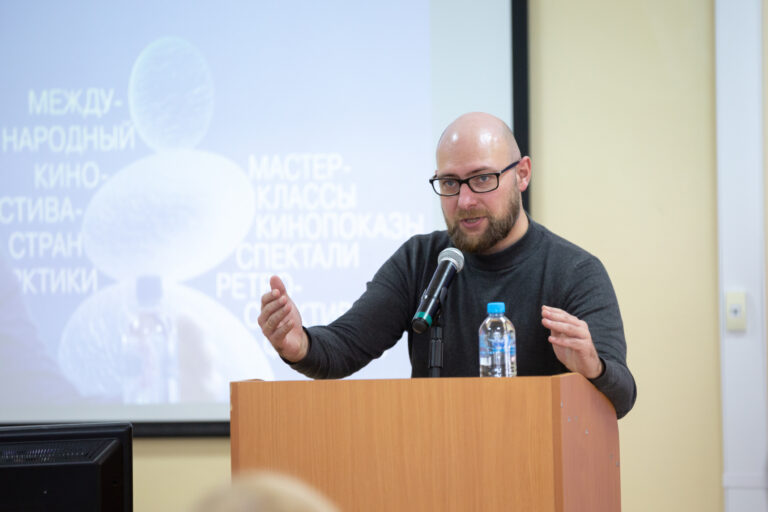 “We applied for a grant and received the funding for 20 equipment sets. Together with Yevgenia we selected the performances that we would like to have covered with descriptions first. They are The Government Inspector, Thunderstorm, and The Miser,” says Sergey Samodov, Arkhangelsk drama theater director.

Audio describer Yevgenia Borisova says that these three plays have been chosen because they seem easier and were voted for by visually impaired visitors themselves.

These changes are bound to make the drama theater much more accessible.

“We made a big step forward towards becoming more accessible. The theatre will soon have an elevator installed for wheelchair guests to be able to reach level three and roller titles above the stage for hearing impaired visitors to be able to read. The titles will be in two languages, Russian and English, so that international guests could understand performances as well,” says Sergey Samodov.

“You are strung-up, you should be able to produce lots of phrases and deliver them in between the dialogue. With films it’s easier because you do them many times and pauses never change duration. But with staged performances, pauses can be shorter. But I must say I take a great interest in what I’m doing and I don’t see my job as draining,” says Yevgenia Borisova.

Yevgenia says she enjoys commenting staged performances more than films because she’s more experienced with them.

At last year’s Arctic Open, she was providing audio comments for Svetlana and Kurt Forever, and 67 49 32 North.

Just like in Arkhangelsk, Omsk’s community of audio describers is limited to one professional.

“I have been an audio-visual translator for six years and have experience in audio description. Last year, me and my colleagues set up Alba Multimedia, which is about overcoming the barriers, the language barrier probably being the hardest of all. Audio description programs are offered by only a handful of schools and among them MLU, I. Kant BFU, Dostoevsky OmSU, RuFilms, and Reacomp (the latter charging a tuition fee of RUB 92,000 — editor’s note),” said Evgenia Malenova.

As a professional audio descriptor Evgenia Malenova believes that the essential qualities of an audio descriptor come down to perfect knowledge of the Russian language and its grammar, and attention to detail.

“Our students do courses in pedagogy, psychology, and Russian. They learn where to put emphasis and how to breathe so as to avoid making extra noise,” says Evgenia Malenova.

Omsk is about to launch an interesting and a much needed project which involves creating voiced menus for customers of a local coffee shop network. Eugene Malinova believes that audio descriptor skills may soon be highly sought-after by a whole range of industries. Russian films that are being made with financial support from the state should necessarily be provided with audio descriptions and subtitles. Barrier-free environment for physically challenged people should not be left in spoken words.